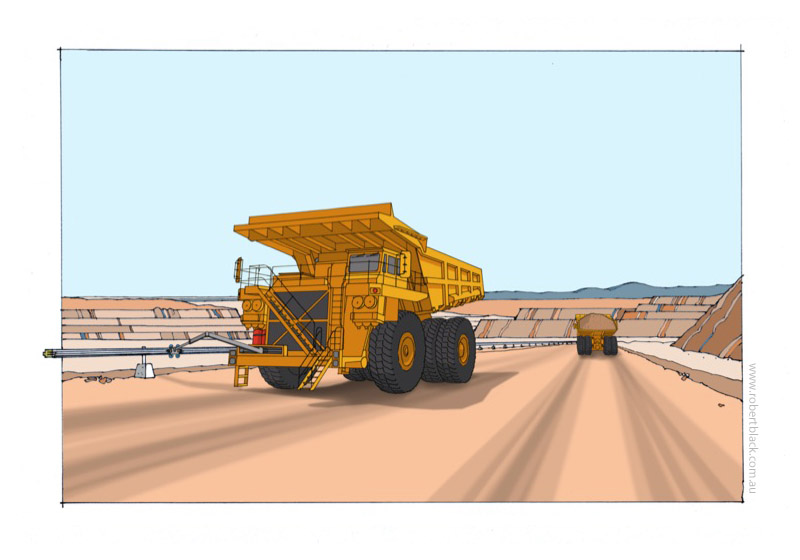 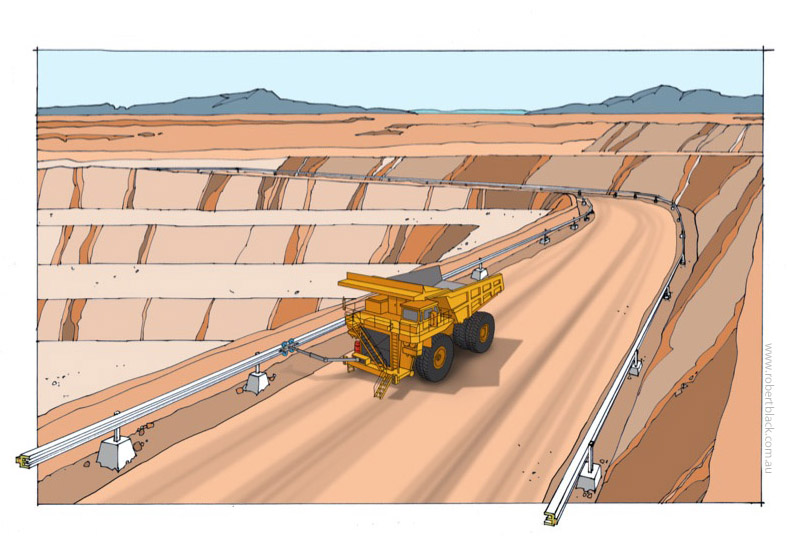 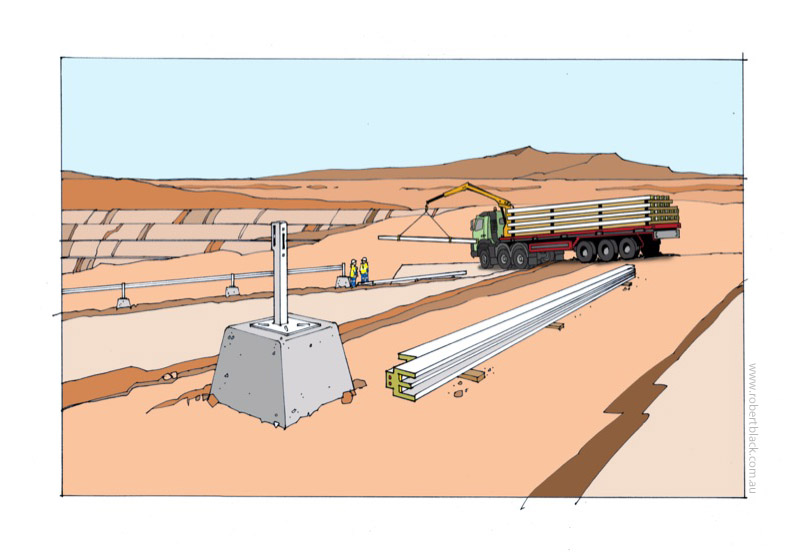 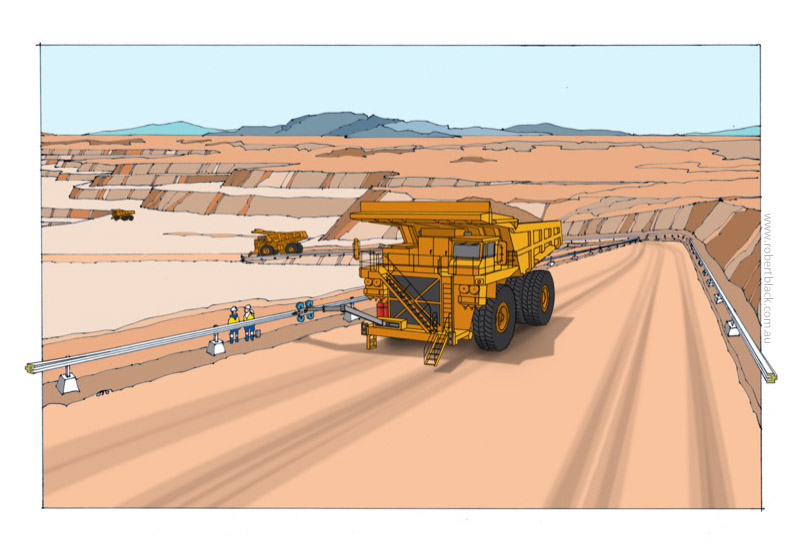 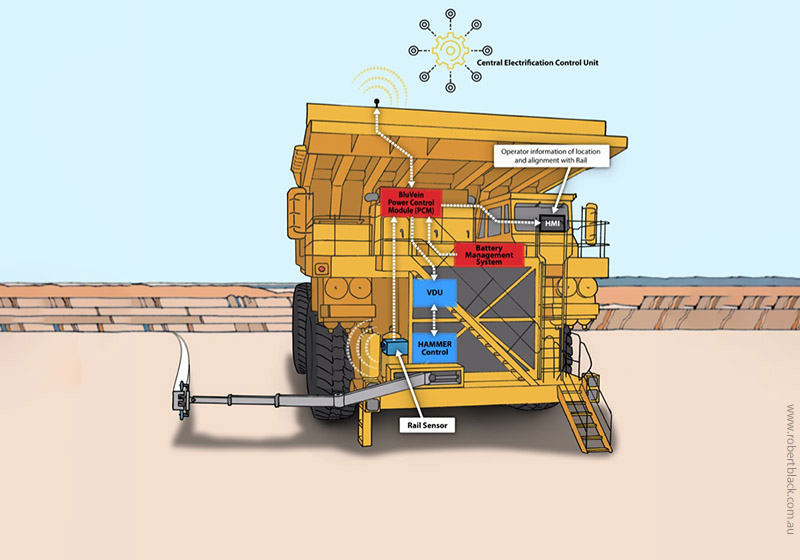 Exciting! A few months ago I did some illustrations of a new green mining technology called BluVein, which enables the use of massive electric trucks via a sophisticated Dynamic Charging system, and now some of these are appearing in this month’s issue of Engineering and Mining Journal.

When new technologies are depicted, it’s common to turn to 3D CAD renderings, but they all start to look the same. Interestingly 3D renderings also include every detail, which can sometimes be a distraction — the eye is often drawn to small details that aren’t important.

So the client wanted hand-drawn renderings that were highly accurate, yet had the human touch in their line-work and colouring, which led to a series of seven drawings to tell the story of BluVein in mining.

“These illustrations have since reached so many and have been instrumental in helping BluVein's solution be understood at a glance. Thank you for the superb work!”    — BluVein

I did have the help of 3D models to use as reference, and Jock Macneish provided the backgrounds. I hope you’ll see they have a look that stands apart from the usual 3D renderings you’ll find everywhere else.