We live in an age of information overload.
All the easy problems have been solved. What are left are the trickier, abstract and nebulous problems that take creative insights to solve. What I love about my work as a Strategy Cartoonist, is finding visual metaphors that help people see things in a new or different way.

Here are some samples of the kind of work I do...

I’m just wrapping up a project doing a series of cartoons for the website of a boutique consulting company in Western Australia. They’ve got a very nice website, but they felt that it was just a bit text heavy for their audience, so they asked me to create some cartoons based around the work they do.

I think their logo is really attractive, so I based my cartoons around combining it in various ways with the subject matter on each page of their website. A bonus is that anyone visiting the website will recognise that the cartoons have been drawn specifically for their site. 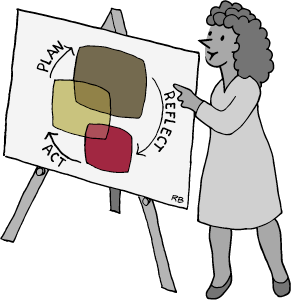 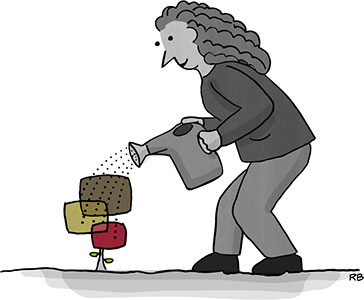 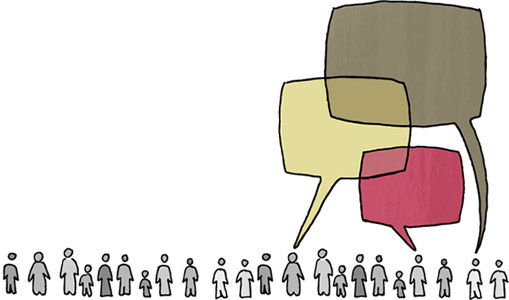 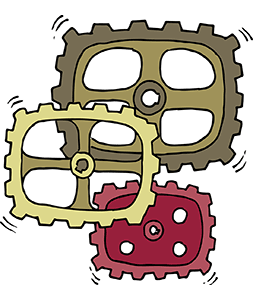 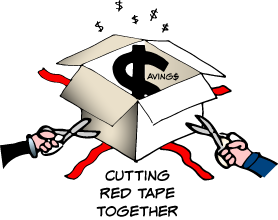 I’ve just helped out at 2 one-day workshops for the Australian division of a major international energy company. Run by a consultant who specialises in relationship management between companies in strategic alliances, the workshops came about because the client is working with two Australian infrastructure companies, and together they’re all learning how to work together in a ‘high-performance’ way. I was there to visually explore the issues they’re grappling with - trust, shared-risk, dealing with regulators, etc - by using cartoons. 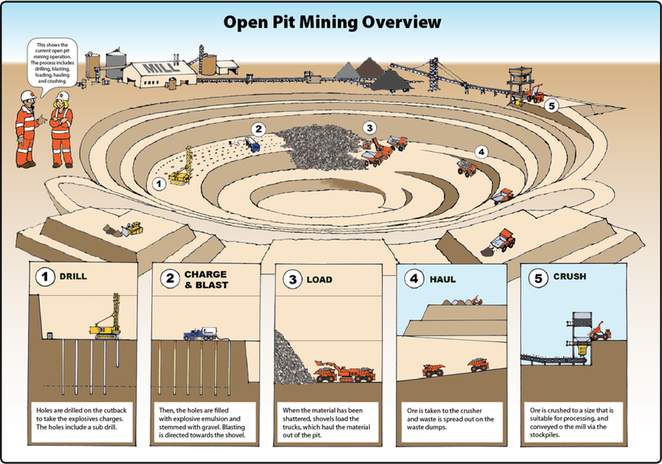 I've just completed a huge project for one of my major mining clients. Eighteen posters and over a hundred drawings using cartoon characters to explain some highly technical details.

The 3D computer-generated images they already had were so complex that people were having trouble reading and understanding them, whereas cartoons allow them to put in exactly as much information as is required for people to understand what's happening, and strip out everything else. Sometimes, too much detail is just overwhelming.

I've just done a series of cartoons for an Australian mining company's safety handbook. They already have an amazing safety procedure manual as thick as a phone book, to appease the lawyers and regulators, but they were finding that many of their workers just were refusing to read through such verbose and boring documentation. So they've commissioned this 20 page handbook to capture an overview of the principles of their safety policies, and make them easily accessible and visual for their workers. 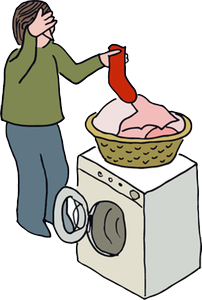 I've just completed a commissioned series of cartoons and a logo for a contamination prevention awareness campaign. A large Australian company has realised after doing a little research that it can save tens of millions a year in reduced maintenance, spoiled supplies, and equipment down time if they lessen lubrication and fuel contamination.

It may be as simple as people leaving the lid off a drum when there's dust blowing around a work site, leading quickly to very large and expensive equipment needing to be taken out of service.

Interestingly they intend using these materials in countries around Asia where they have other operations.

Just completed a three day Leadership Workshop/Forum with the management of a major Australian financial services company. The meeting was run by a professional facilitator, and my role was to sit in the corner and draw large cartoon metaphors for the discussions between the participants, visually capturing some of its essence. The setting was the beautiful sea-side retreat of the Melbourne Business School at Mt Eliza.

It’s interesting how people grappling with abstract ideas and lots of words, gain fresh insights when they see them interpreted as image metaphors.

This photo shows the posters pinned up for further discussion on the last day. That’s Paul the facilitator out front - I’m behind the camera, taking the photo.

I've been working for a major division of one of Australia's largest telecommunications companies, to create a cartoon series that visually captures the essence of some fairly radical changes planned for its client-facing structure and business practices.

Speed is of the essence for this transformation, so it's felt that cartoons using visual metaphors will be yet another tool to help staff appreciate both the reasons behind these structural changes, and the intended benefits of the new processes.

It's been really great working with the consulting team from AT Kearney, who've been assisting with the planning.

I just worked at a mining company’s two day management workshop. Held at a fancy conference centre outside Melbourne, it featured two top-grade facilitators and the upper management of the company’s three divisions. As usual, my job was to sit in the corner with my eyes peeled, listening to what was being said and coming up with visual metaphors that hopefully captured some essence of the day’s discussions. 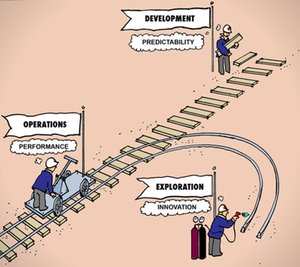 As it turned out, the three divisions were all working very well independently, but there were occasions where they weren’t working so well together for the greater good of the company - a common and tricky scenario. At the end of each day I’d put my drawings up around the room for everyone to peruse, and these acted as a catalyst for more discussion. Sometimes, when a group has been struggling with the language and ideas around difficult and abstract problems, it gives a fresh and new perspective to see them put into pictures and metaphors.

I had a chat with their COO at the end, about doing of a series of cartoon-based safety posters for use around their sites.